When reading the above passage you must keep in mind a few things.

Pharaoh had free will

At any given moment he could have repented.  God “propped him up” and enabled him to stand. God knew his heart and turned him over to his own way, like what we see in the following

We don’t know much about what the Hebrews (ones that have crossed over), were really like.  We can study the context of what happens later in the desert to get some glimpses of their character.  I think it’s safe to say we are dealing with a people that had watered down their identity.   Mixing the Holy with the profane.  Lets face it, they are living in a super power nation that ruled the world, they were leaders in technology, communication, fashion, and spirituality. They were the front runners to the Babylonians and Romans, Royalty… Who view their leaders as the Divine Right of Kings.

Life in Egypt was good. The had the most modern housing, food, and medicine in the know world.  They we safe, Egypt was isolated and hard to defeat due to it’s geographical constraints.

They were just as much for the Hebrews as the Egyptians.  God had to remind them who they were, and Whose they were.  They had gotten content in their nice little houses and places. 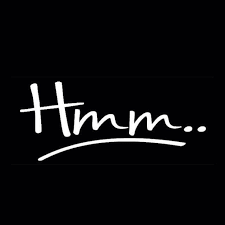 We know they didn’t like the new found slavery.  That is clear, they do cry out for God to save them. I am just not sure it went down like they thought it should. But as always He knew what they needed.  They needed to see His power and might.  He made it clear to all that His ways are not the ways of the world.

He showed them all that he was in charge.  Each plague dealt with a specific Egyptian Deity. Even the parting of the Red Sea and the Mount Sinai Experience are about dealing with the gods and showing who was really boss. Click for more info.

In the process he converted many of the Egyptians and they too “crossed over”.  Then they literally crossed the proverbial line in the sand as they crossed over on dry land. They were a mix multitude of believers with varying amounts of baggage.  As the evidence points to.  They had to be refined and purged  a bit before they were ready for their inheritance.

This is not a bloodline thing.  Stop being trapped in the enemy’s lies that somehow there is different promise for “the church”  vs the Jews.  (Don’t forget the “Jews” refers to the tribe of Judah, one of 12.)  He has called us to be

Grace in the old Testament

Were they saved by works or God’s Grace?

Some have told me “you are running back to the law to be saved by works!”  Were they saved by putting the blood on their door post? Obviously yes. But was that really their “work” or was that an act of obedience of them putting their faith into action? Does this mean they were saved through Grace?  I argue they are saved by grace.  Not because they did anything amazing, yes they were obedient.  It was God’s Grace and provision that saved them.  All first born were going to die.  He made a way out for the to avoid death. He was the salvation. His name means salvation-Yeshua.

They were the ones that had crossed over and became the Mixed Multitudes or the Hebrews. He is looking for people that are willing to leave our comfort bubble of what we know.  He is calling us out of Egypt/Babylon. Egypt, Babylon, Divine Right of Kings is still in control.  Just go to DC and you will see. Obelisk, reflecting pools, Greek Pantheon, The Statue of Liberty, symbolism of 13,Womb of Isis… It’s the Mystery Religions at the heart and soul of the good ‘Ole USA.  Go patriotism.

This is what we are called to cross over from.

We are the mixed multitude, this way is for all.  It is the WAY, the Truth, and the Life. Jesus/Yeshua is the Way, he was the way of salvation with the Hebrews and all of us who Crossover and get saved by His blood on our door post.

HE is the LAMB that was slain. This is very simple.

One day this is going to happen again. Right now He is starting to gather His remnant, calling us out of Egypt.  The plagues are coming again, yet this time they are coming out of what we see in Revelation.  It will make this all seem small. He is calling us back to him, back to His ways, back to being A Holy, Set Apart nation. We too will be asked to pack up in the middle of the night as He leads us to the Promised Land one final time.

He stands at the door and knocks.  What will you do.